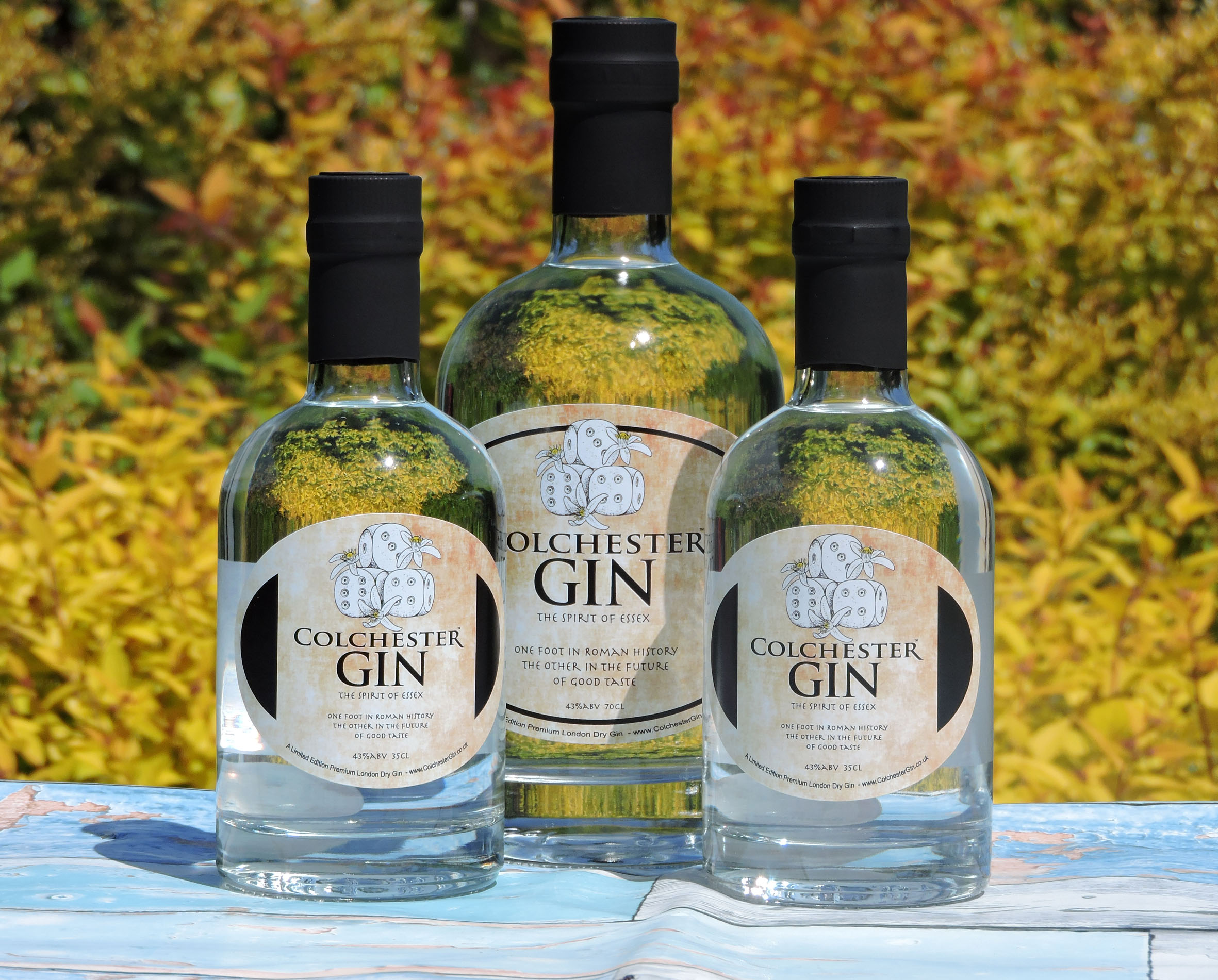 The Spirit of Essex

In AD 43 the Emperor Claudius invaded Britain and marched, triumphantly, into Colchester (or Camulodunum as it was known then). Colchester was seen as the centre of power in Britain and was arguably the first established capital of England.

Many significant cultural artefacts have been found during local excavations and archaeological digs showing a lavish Roman lifestyle including the only Roman chariot racing circuit found in the country, decorated mosaic floors, figurines, vases and bone dice used for gaming and gambling.

Since it was ransacked by the Iceni Queen Boudica in AD 60, Colchester has slowly revealed secrets of its decadent Roman past and their love of food & drink.

This limited edition first batch Colchester Gin is a London Dry Gin and uses the excavated bone dice, found in soil from a ditch near Balkerne Lane by Mr Bill Yager, as its logo. We add botanicals gathered from the vast Roman Empire such as lime flower oil, lemon peel, coriander seeds and winter savory as well as the ever present juniper.

If you look at the cheeks of the bottle label design, we have put the historical story in small text on both sides.

We are committed to offer you a premium quality, great tasting London dry gin that also highlights the rich history and heritage of Colchester as the first true capital of England.

Although not distilled in Colchester yet, we locally, have devised the intricate taste profile and our aim as a new startup is to increase sales to a tipping point where we can do so. 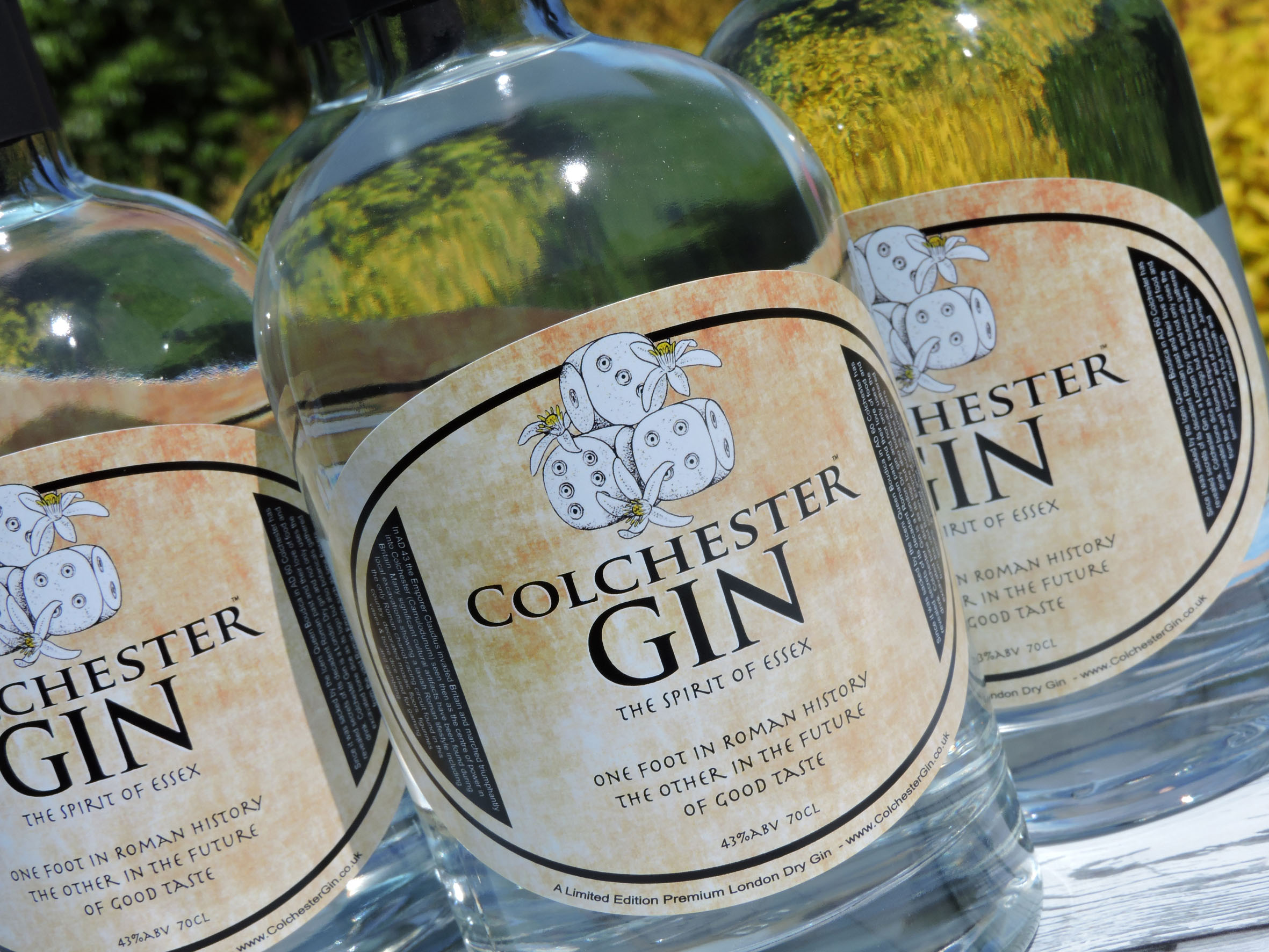 A London Dry Gin is a strict science with monitored rules and regulations. Because you aren’t allowed to add any flavours after the final distillation process you have to get your botanical alchemy exactly right otherwise it’s back to the distillery to make another batch.

Distilled and cut at 43% (AD 43 being the year the Romans established Colchester) this premium craft gin uses carefully measured quantities of Juniper and Coriander seeds with bitter Lemon Peel and Lime Flower which gives Colchester gin an ultra clean, long, smooth and very refreshing taste. It works fantastically as a G&T because the flavours aren’t lost with the dilution of the tonic. The big booming nose of this gin works equally well in classic cocktails such as a Martini, a Negroni, a Tom Collins or a Singapore Sling.

A few reviews that may help:

“Sharp and refreshing. All I want out of my G&T” Simon H, Southend.

“Very refreshing and smooth. You can really taste that bitter lemon” Eileen B, Colchester.

“You still get the classic juniper up-front but I’m loving the lemony after taste” James F, Chelmsford.

“My wife likes the slightly sweeter fruit gins. I like a good old-fashioned London Dry Gin and this one definitely hits the mark at 43%!” Ben S, Braintree. 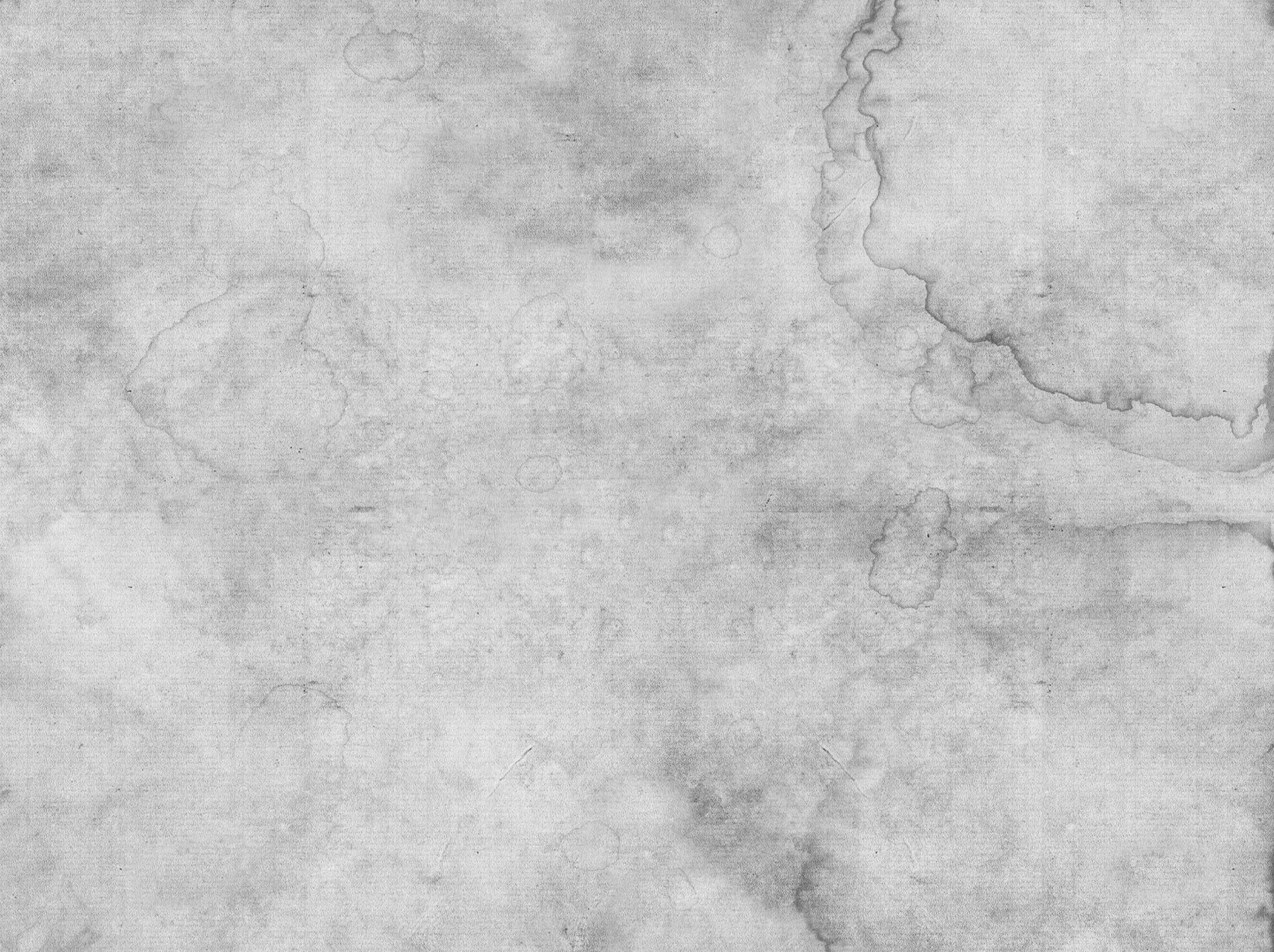